Boomer and Pascal Offspring in the Show Ring

We are delighted with the recent show ring success of some of the puppies sired by our Northrock males. Our sincere thanks to the breeders who have chosen to use our Barbet in their breeding programs.

Congratulations to Shane and her puppy Strava (Hickory Tavern Extravaganza) who went Best in Miscellaneous in Salem, VA under Jim Moses and then again under Terry DePietro. Strava also earned a few legs dock diving! What a pretty and fun puppy that is out of Hickory Tavern Intl Intrigue by Northrock's Athos Pascal. Congratulations to her breeder and owner. 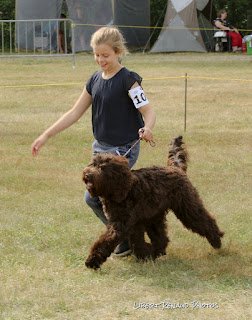 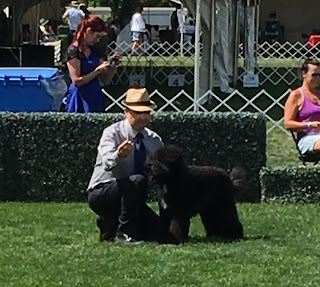 Another one of Boomer's kids also had a successful weekend at the dog show. At the Alberta Kennel Club Summer Classic, Ally (Wulymut's Noodle) picked up seven championship points towards her title. Ally is sired by Northrock's All Night Boogie and out of GCH Wulymut's Jelly Tot. Congratulations to her owners Dave and Suzanne Weeks and Heath Kenyon.

Posted by Northrock at 1:34 PM