The Next Chapter Begins for the Oreo x Sophie Puppies... 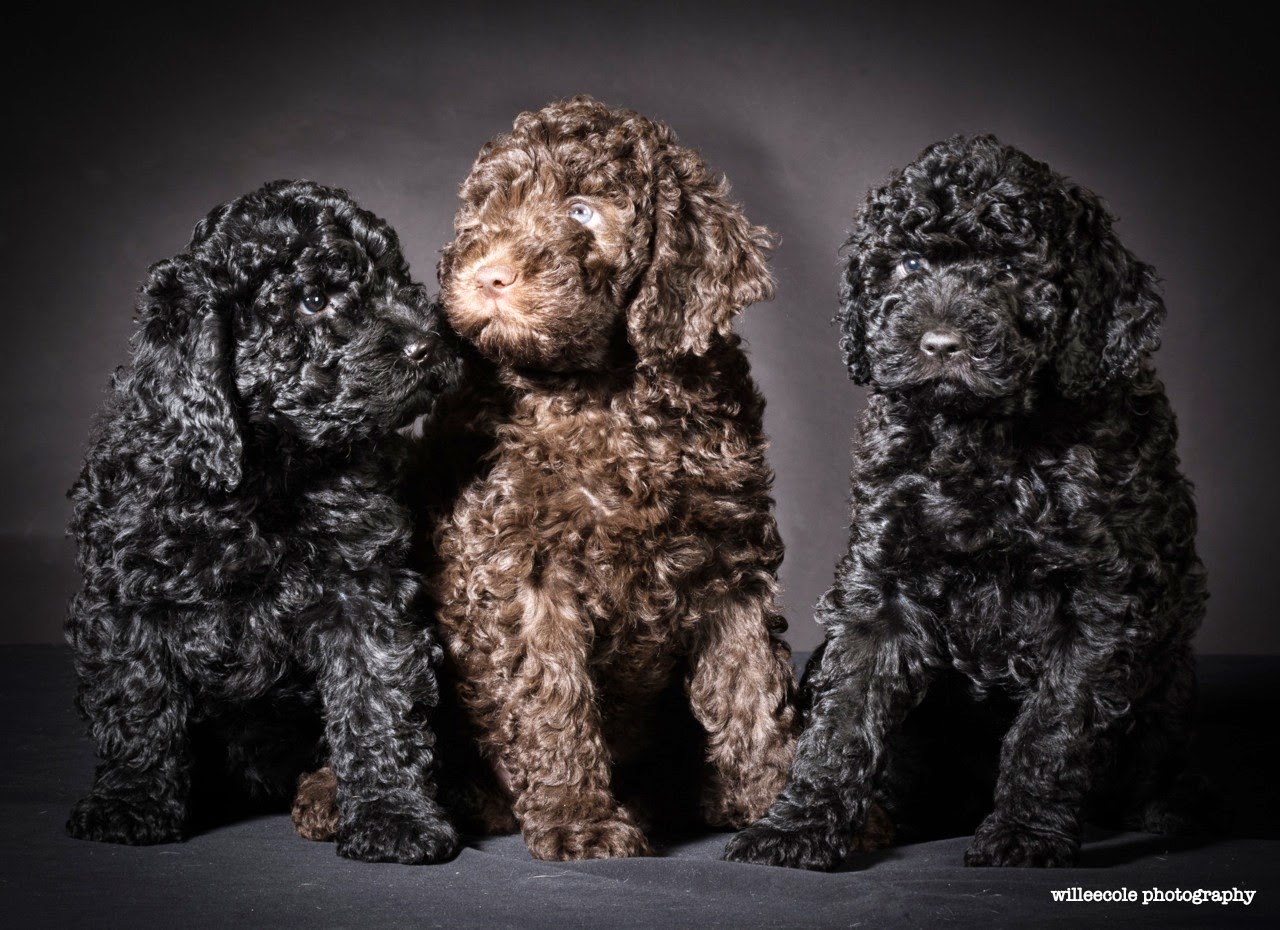 It's hard to believe how quickly the time has passed for the Oreo x Sophie puppies.  Their 8th week was a busy one with many visits.  They had their appointment with a canine chiropractor, structural evaluations and a check-up at the vets.  Last Friday they turned 9 weeks old and two of the girls have left for their new homes.  We are so happy about where these puppies have gone and we look forward to hearing stories of their many adventures with their new families.
Rose is still with us and is now Northrock Diamond in the Ruff.  We are calling her Gemma as it seemed that when the litter disbanded we ought to change her litter name too.  Gemma is a joy and a blessing and she will remain with us for the time being. 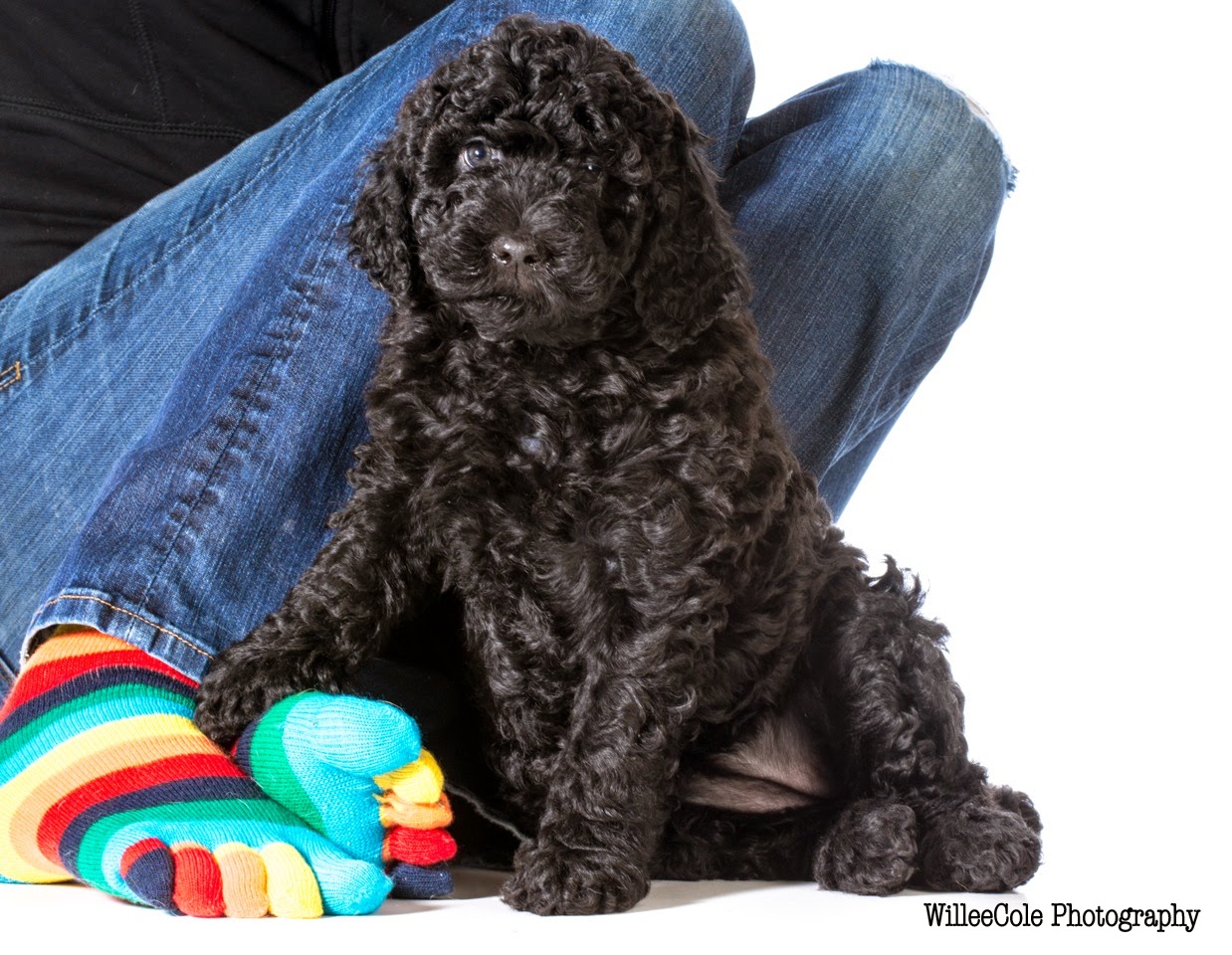 Posted by Northrock at 3:30 PM No comments: 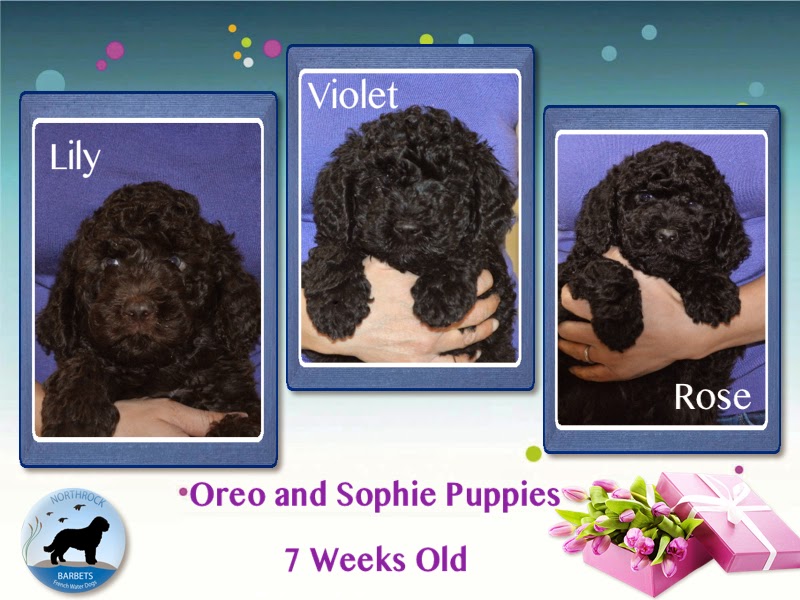 The puppies were busy during the last two weeks. We have continued to have visitors to our home so the puppies are always meeting new people. 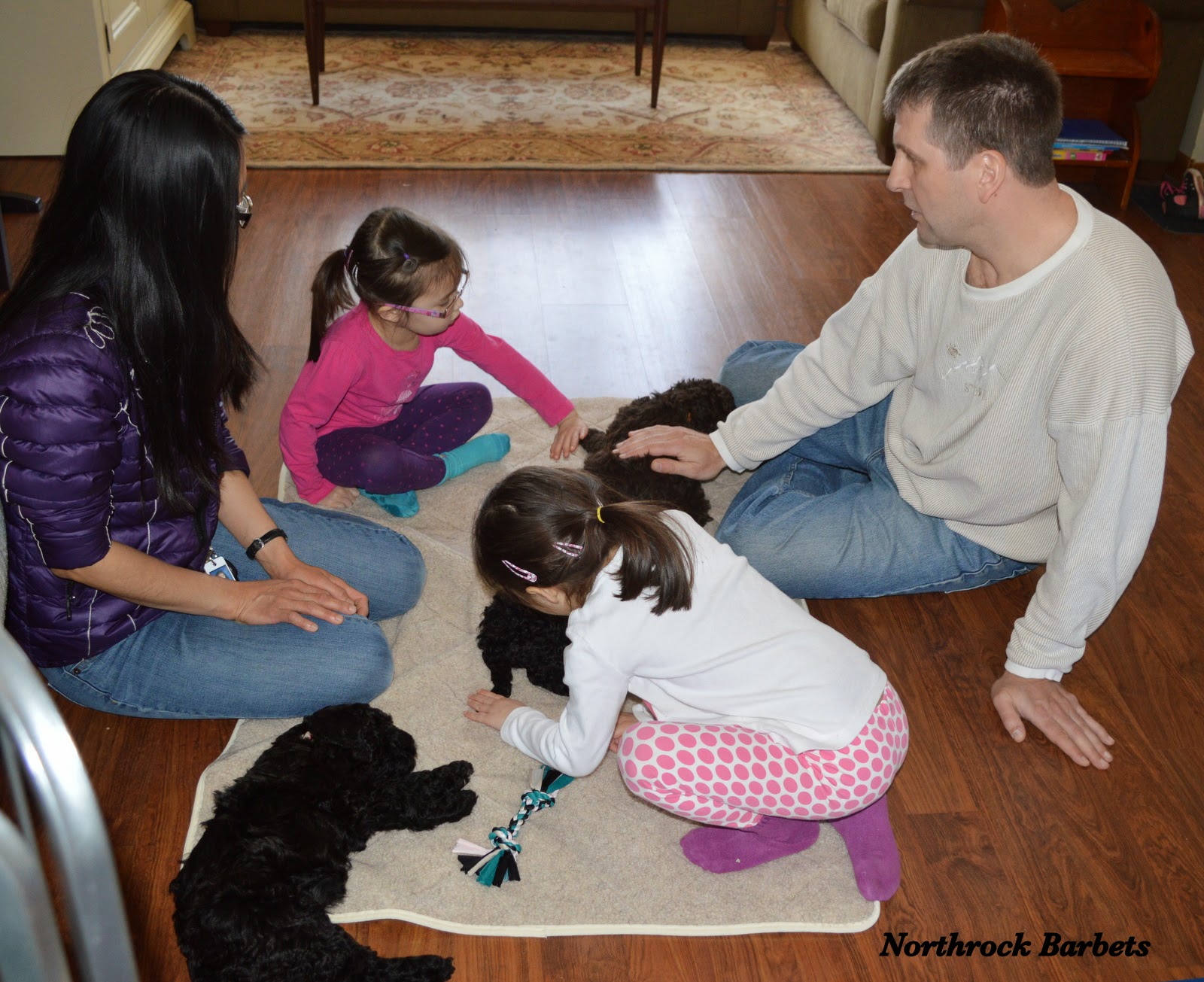 We have also begun taking the puppies on excursions outside of the house.  They have gone on several car rides now where they have experienced riding together in a crate as well as riding alone in crates.  I'm pleased to say they are very good little travellers. 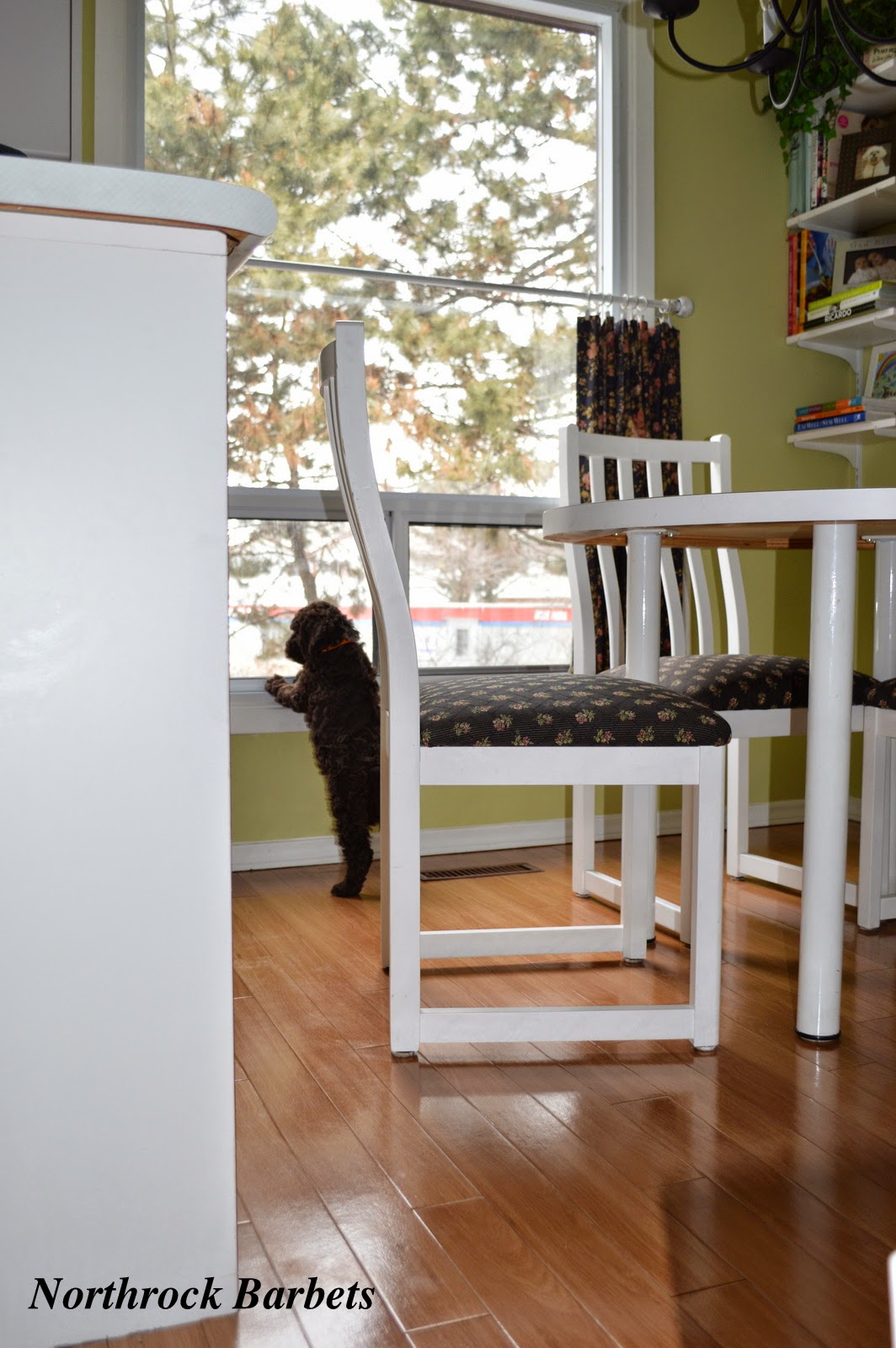 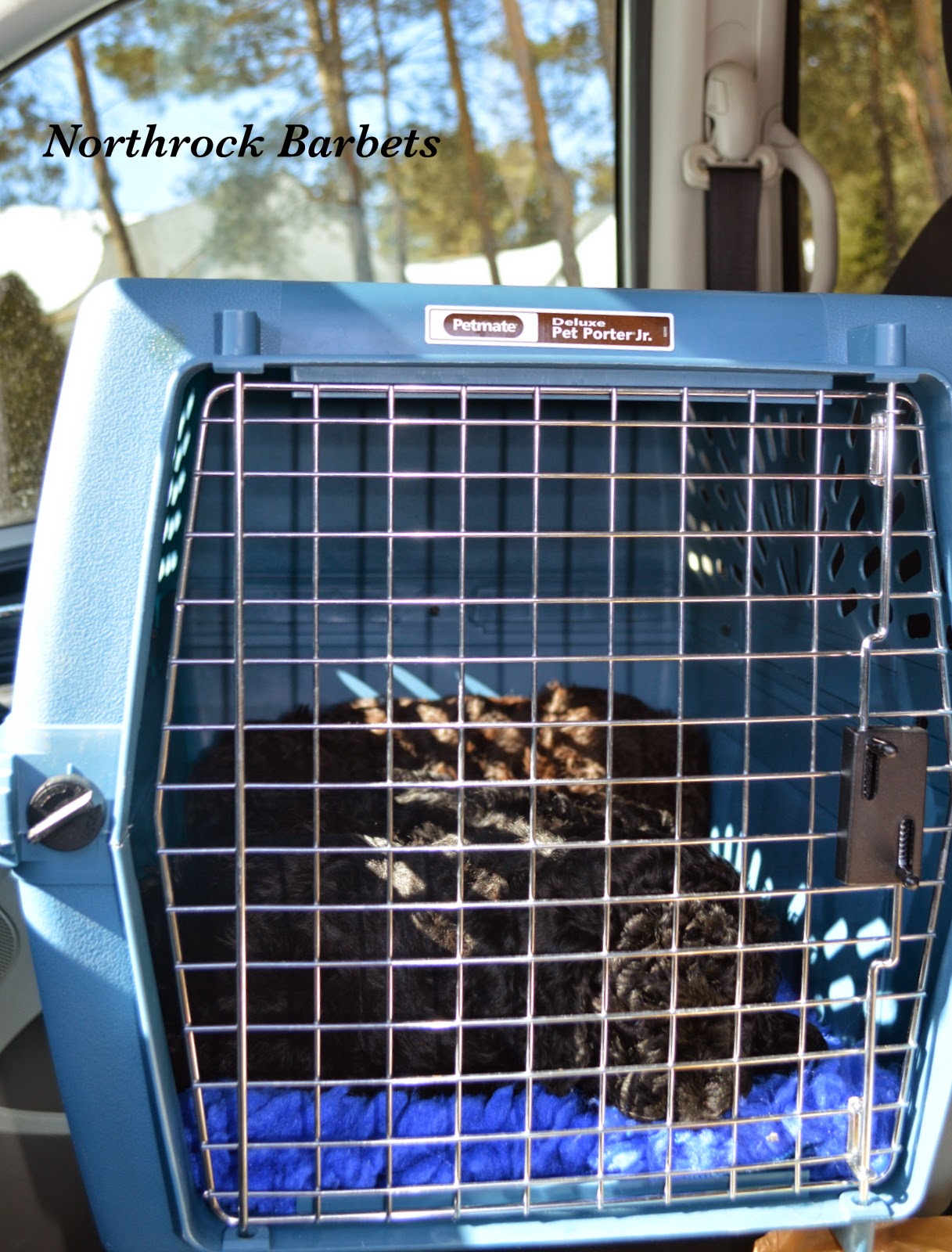 They have all had solo expeditions to another house where they experienced being away from their dam and litter mates in an unfamiliar environment. Happily they all walked into my mothers house  and quickly made themselves at home! 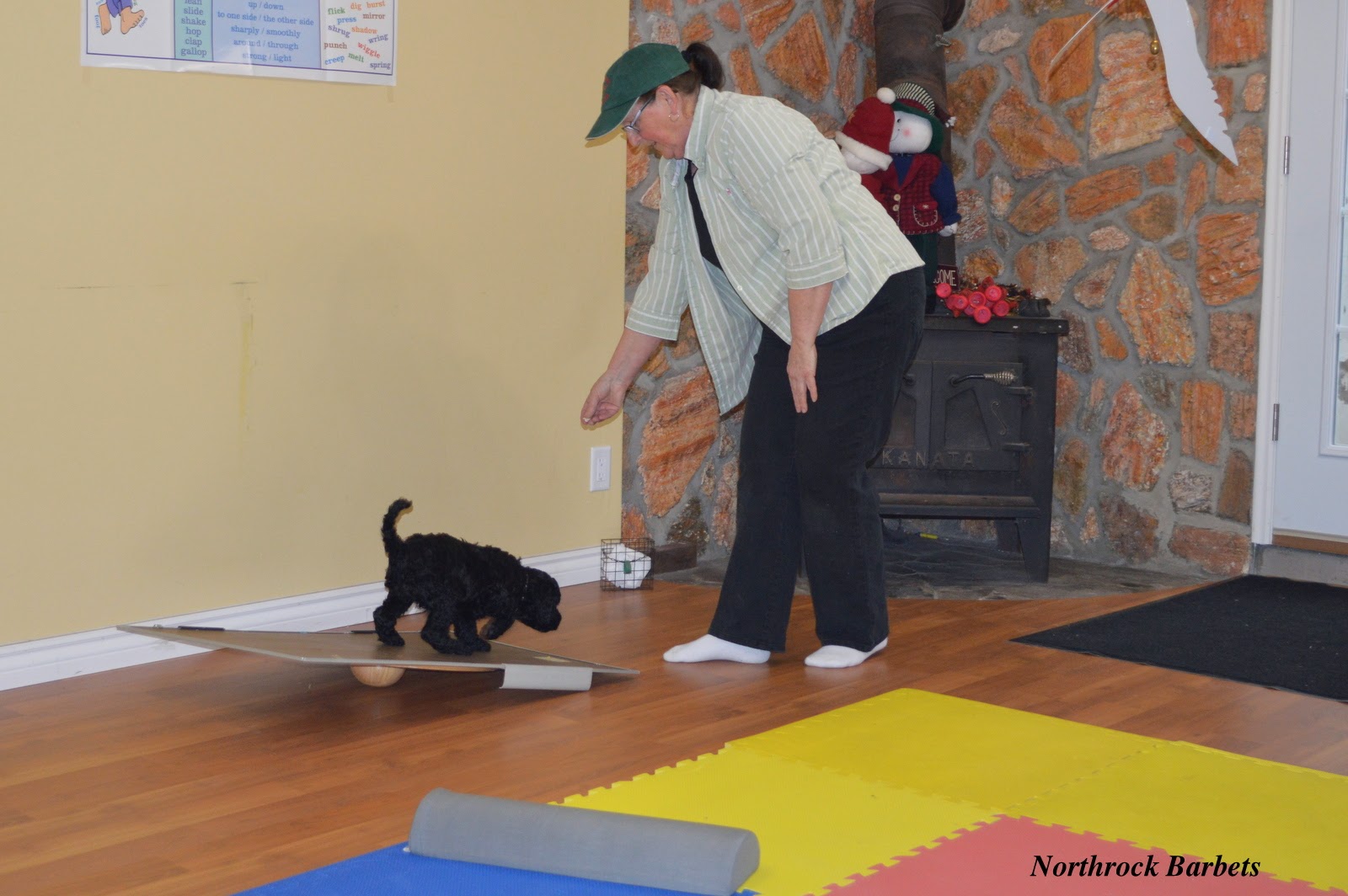 During their seventh week we temperament tested the litter which was a fun time for all involved.  We are delighted with how confident, curious and clever these little moppets are and are looking forward to seeing what adventures they will get up to with their new families. 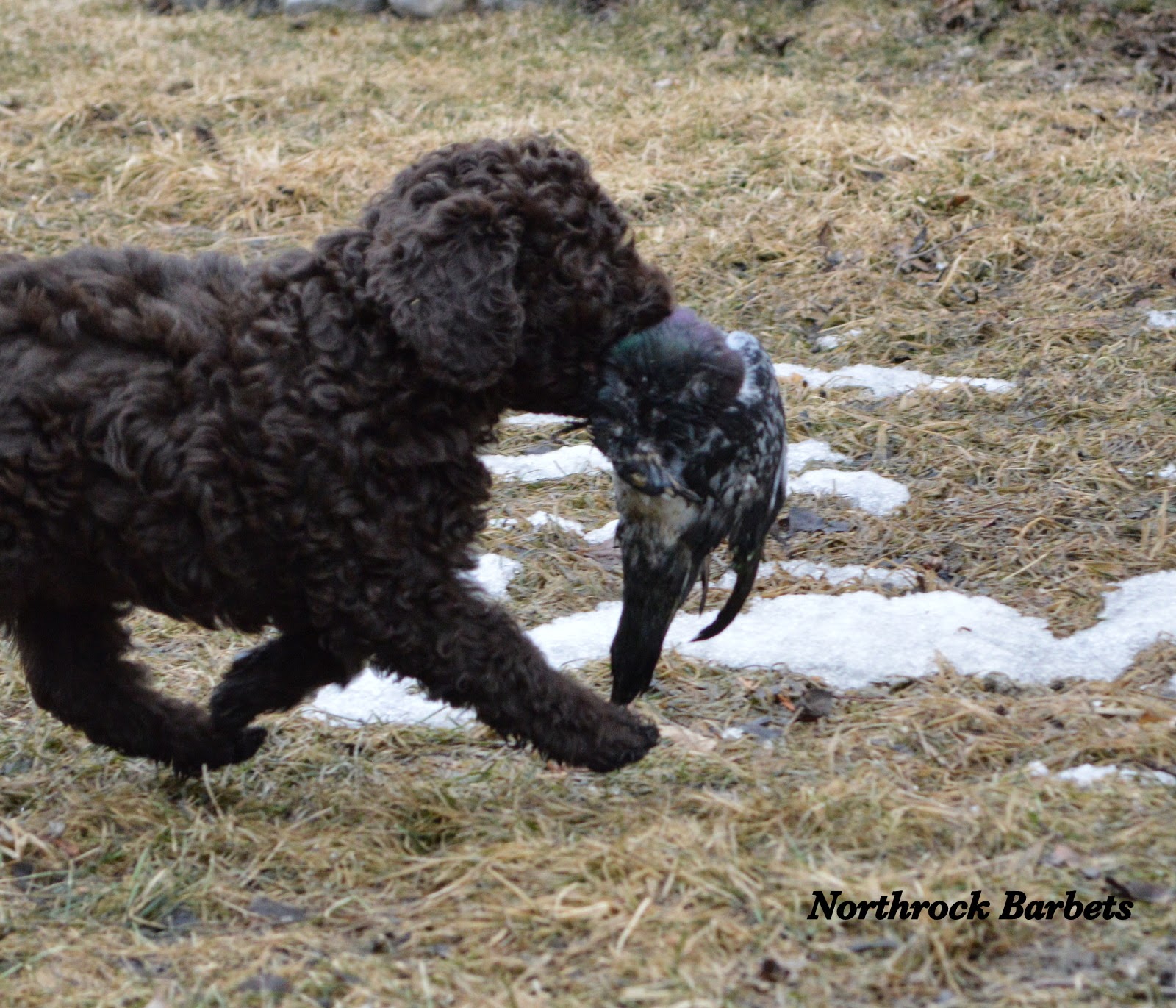 The Barbet is in the Canadian Kennel Club's Sporting Group of dogs.  They were traditionally used as waterfowl retrievers and also hunted small game and upland birds.  Some Barbets are still used in this capacity today.  Sophie has her CKC Working Certificate.  In order to earn this title Sophie had to do two single retrieves on land and also two in the water.  The birds are thrown by a gunner out in the field and the dog is sent from the line to bring them back.   Ducks were used on all marks in Sophie's test but sometimes a test will have pigeons or chukars in the land portion of the test.  Preserving the Barbet's natural instincts is important to us at Northrock.  We expose all of our puppies to birds while they are with us so that we can see how they react to them.  We want to know how interested are they in the birds. Do they pick them up?  Will they retrieve them?  Happily all of the pups in this litter were interested in the duck wings and pigeons when exposed to them. 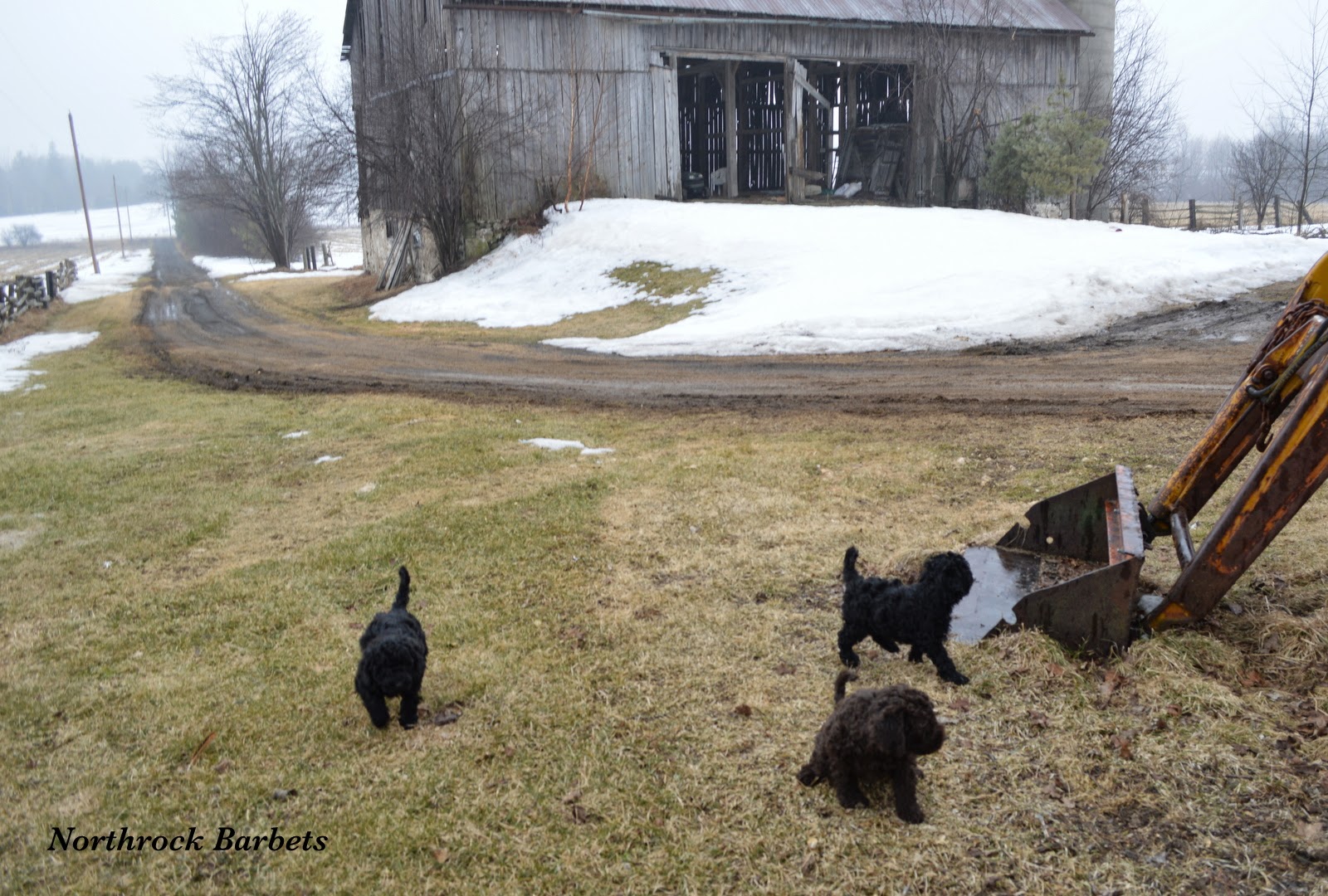 The puppies celebrated their 8 week birthday with a trip to a farm where they were able to run around, explore and meet some chickens.  It was a long car ride and they all did well on the ride and had fun checking out the new sights and sounds that country life has to offer. 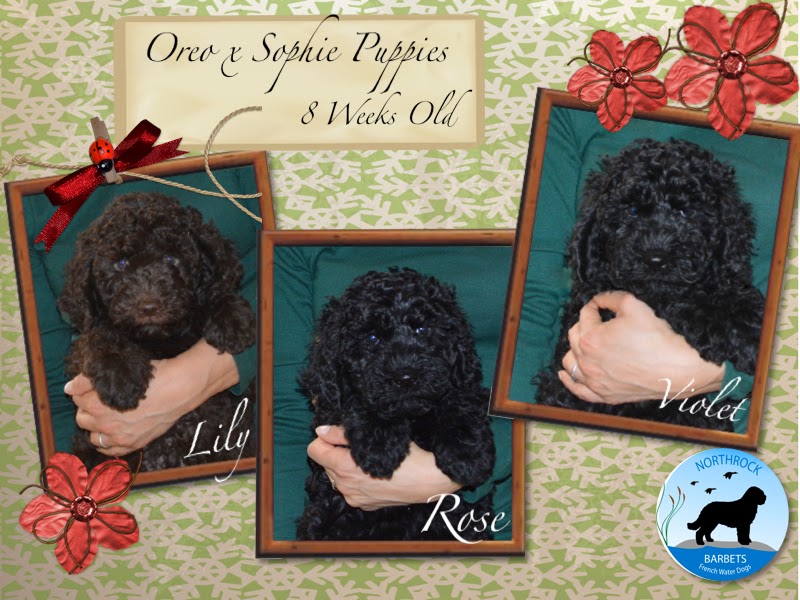 Posted by Northrock at 11:05 AM No comments: 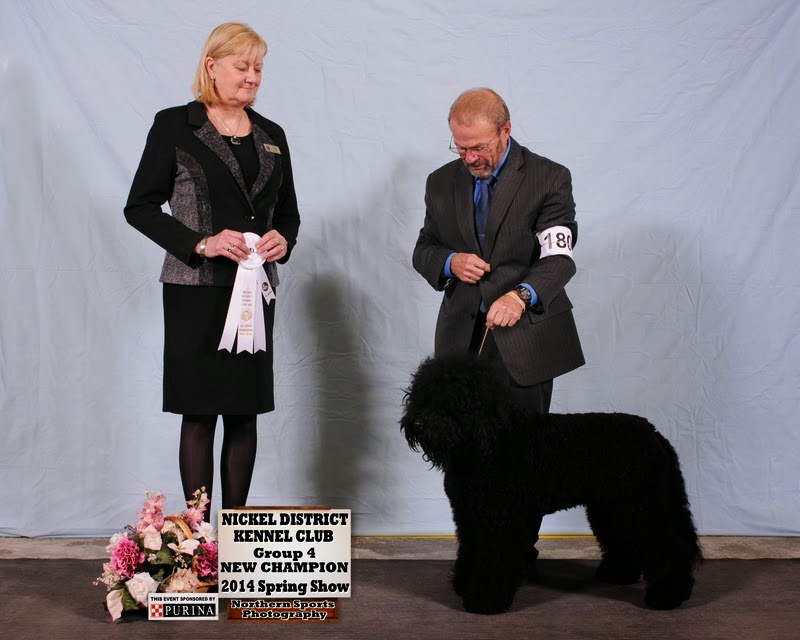 Kelly had a fantastic weekend at Nickel District Kennel Club.  Thank you to Breeder/Judge, Wendy Schira for awarding our girl a Group 4.  This gives Kelly her Championship with points garnered entirely from the group!

Judges Alan Ewles and Guy Jeavons each awarded Kelly Group 2 placements.  Thank you judges for these placements. We are so thrilled with our homebred girl’s success!  Once again Kelly was expertly handled by Peter Scott.
Posted by Northrock at 6:04 PM No comments: